Places to visit out of Mae Hong Son town

Mae Hong Son Province is the perfect destination for a genuine experience of northern Thailand and has a wealth of attractions. The province has long remained apart from the main and overdeveloped tourism centres of Thailand, and has retained a unique, secluded and tranquil atmosphere. With a local population comprised of people of Thai, Burmese, Shan, Muslim and hill tribe stock, it is little wonder that the region is infused with an eclectic tapestry of dress, cuisine, architecture and traditions. Here we suggest some ideas of places to go and things to do in Mae Hong Son province during your stay at Villa Mae Hong Son. 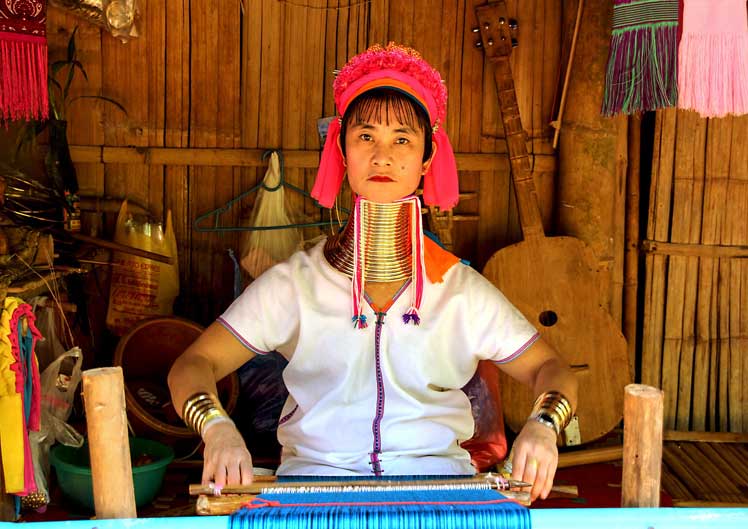 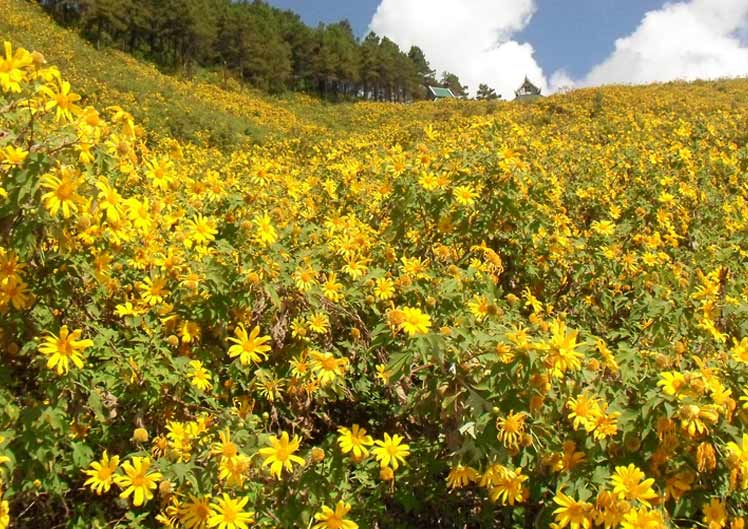 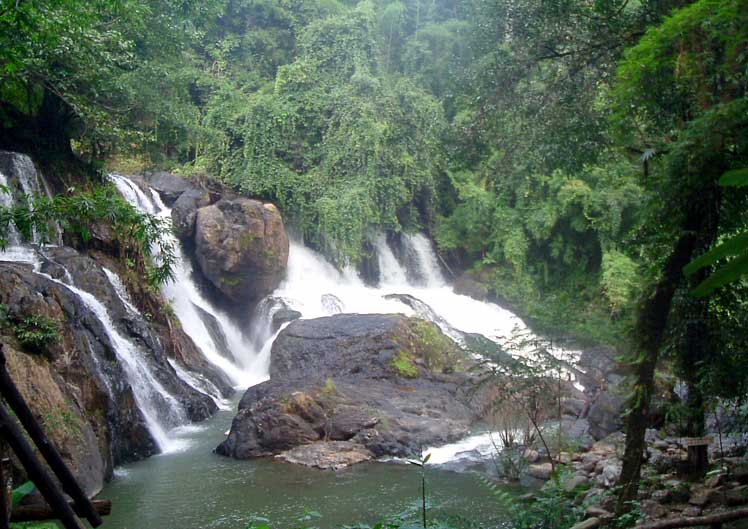 Approximately half an hour out of Mae Hong Son, driving along twisting, hilly roads, lie a number of villages that have come to be known as the Long Neck Villages.

The women of the Padaung tribe, from Burma's Karen State, have traditionally used bronze coils around their necks to help enhance what they typically considered a feature of beauty - an unusually long neck. From a young age, girls start to wear an ever increasing number of rings to attain the desired effect. Those worn by adults can often weigh over 20 kilos and have a combined height of 30 centimetres. Despite the illusion, these rings do not in fact serve to lengthen the neck in any way, but rather depress the shoulders over time to achieve the same visual effect.

The villagers residing here had originally fled persecution of their tribe in Burma. Many today however would counter that they effectively remain exploited, albeit by different masters charging an entry fee to the village, where the women sit as if on display in rustic, leaf-roofed huts selling woven wares and other trinkets. In one of the villages, a ramshackle, wooden Christian church sits atop a hill above the huts below, and may invoke - in some - uncomfortable questions as to spiritual exploitation. The choice of the individual will therefore prevail in any decision to visit or to stay away from these villages.

The impressive waterfall of Pha Sua is to be found in the national park in Jum Bae district, 26 kms from Mae Hong Son in the direction of Pai. With six cascading levels, and some unusual rock formations, it is a good place to clamber and cool off among the natural scenery.

An hour's drive north of Mae Hong Son, on the border with Burma, lie the out of the ordinary villages of Mae Aw and Ban Ruam Thai. Mae Aw has a fascinating and unusual history, and strangely, for a villa on the Thai-Burma border, is much more redolent of a rural village in the south of China. The reason for this lies with the inhabitants, a good majority of whom can trace their ancestors back to soldiers of the Chinese Kuomintang party in the 1950s, and their flight from communist rule.

In the village itself, you can not help but be struck by the historical Chinese influence, from the homes made of earth, to the shops haphazardly piled high with arrays of Chinese teas and imports, to the simple restaurants where you can readily choose from a number of traditional dishes from the Chinese province of Yunan.

To enhance the feeling of stepping back in time and to gain a clearer impression of what the region must have been like for the soldiers who fled here at the time, hire a mule and take a ride out into the surrounding countryside along the Myanmar border, where time has stood still...

A short drive away from here lies the picture-postcard village of Ban Ruam Thai, with its pretty lake and mountainous surrounds. A visit in the cool season will impress only too clearly upon you why the Thais often refer to the setting as "The Switzerland of Thailand." 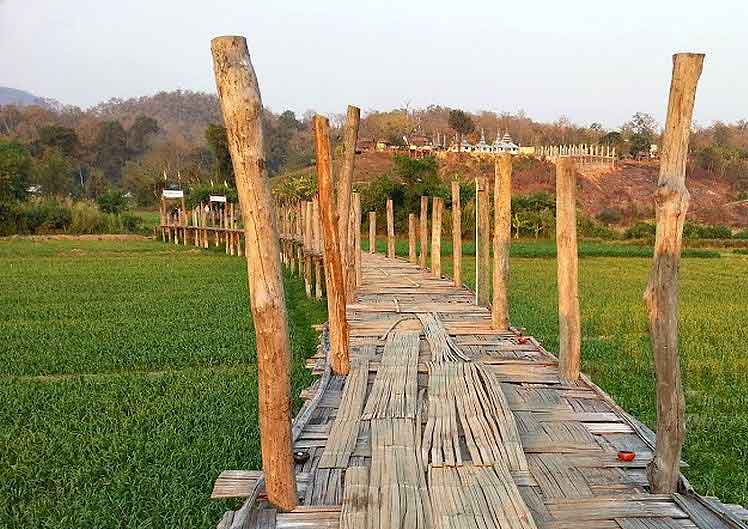 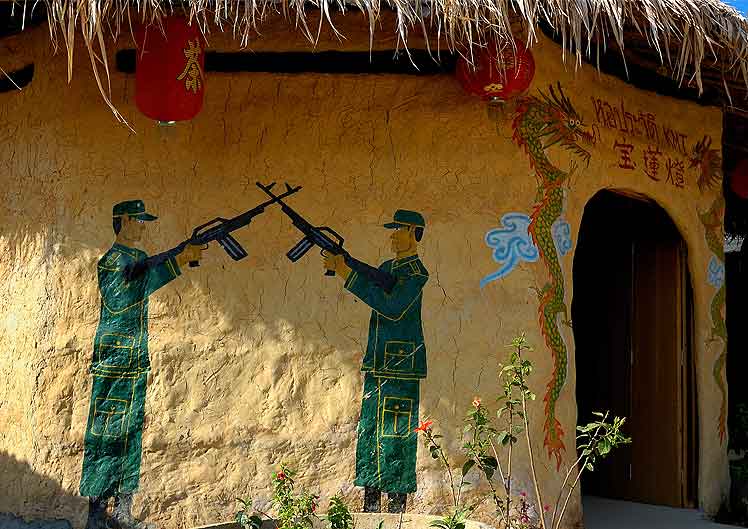 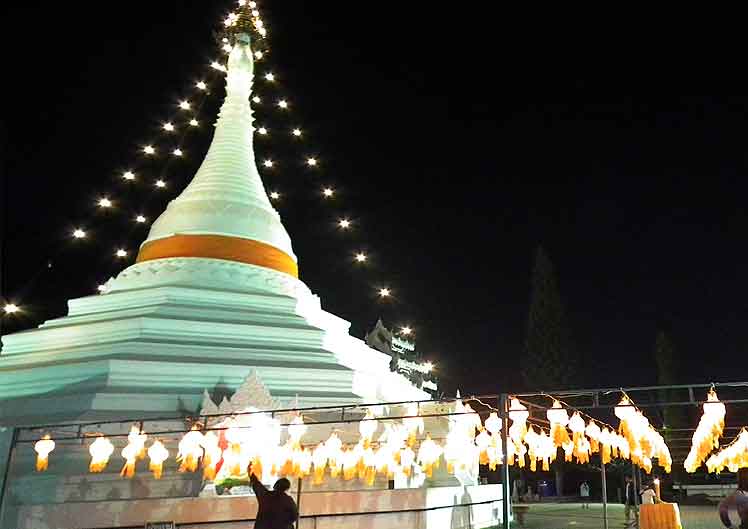 Those visiting Mae Hong Son in the cool season, from November through December, will not want to miss the wonderfully uplifting sight of vast stretches of golden sunflowers dancing under azure skies. The contrast between the golden yellow hues of these wild flowers and the cerulean blue of the sky makes for a truly romantic setting.

The Fish Cave temple makes a convenient break for those travelling between Mae Hong Son and Pai. Near Huay Pha village on the main road number 1095 from Mae Hong Son, in the shadow of the surrounding mountains, you will find these natural springs which are home to pools of carp.

A rickety bamboo bridge or walkway leads through rice paddies just beyond the outskirts of town, to Wat Tam Phoo Sa Ma, the local temple. You will witness the bridge at its most dramatic if you visit during a rice-growing season at around 6am to catch the saffron robes of the monks contrast with the green paddies as they leave the temple to collect alms.

Set just a stone's throw from Villa Mae Hong Son, the natural hot springs at Pha Bong well up at this national park, offering visitors the opportunity to enjoy a rejuvenating and invigorating soak in a natural mineral water pool.